An introduced species from South America, they can harm people and native wildlife, cause damage to buildings and electrical equipment, and interfere with harvesting and maintenance of pastures and crops. 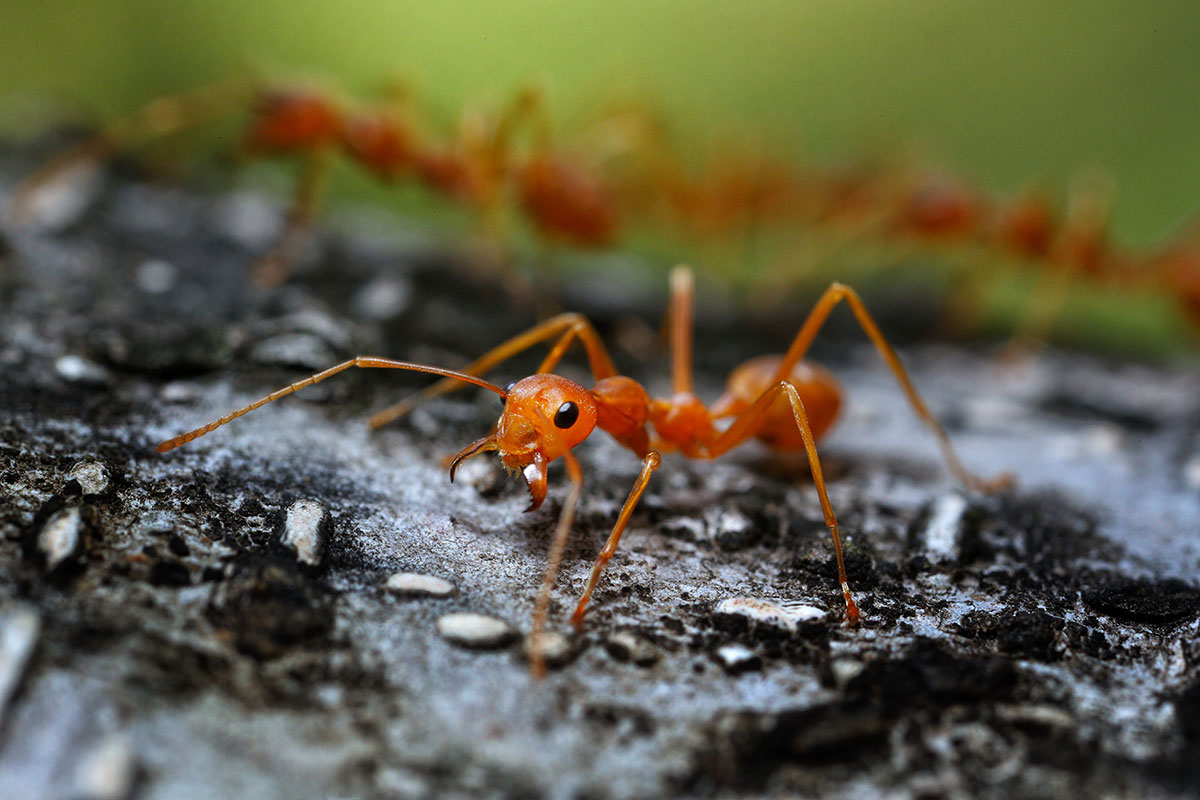 Fire ants build mounds in a variety of soil types but seem to prefer open, sunny areas. Mounds can reach 18 inches in height. They can also establish colonies in rotting logs, around stumps and trees, and in or under buildings.

Fire ant workers can vary in size from around 1/8″ to 1/4″ in length, while the queen tends to be a bit larger.

The average colony contains up to 500,000 workers, several hundred winged ants and one or more queens. Worker ants are wingless, sterile females. They care for the queen and brood, forage for food, and protect the colony from intruders.

The winged ants are reproductives and live in the mound until their mating flight. Mating flights are most common in the spring and fall, soon after a rainy period. Males die soon after mating, while the fertilized queen looks for a suitable nesting site. There she will shed her wings and begin digging a chamber in which to start a new colony.

The new queen lays about a dozen eggs. When they hatch 7-10 days later, the larvae are fed by the queen. Larvae develop in to pupae in 6-10 days. Adults emerge from pupae in 9-15 days. Later, when the queen is cared for by the workers she can lay up to 800 eggs a day. The queen can live seven years or more while the workers usually live about five weeks.

Where Fire Ants Are Found

Imported red fire ants were first introduced to the United States in approximately 1930 in the state of Alabama.

The red imported fire ant is now established over much of the Southeast. All counties in Alabama, Florida and Louisiana are infested. Counties in Arkansas, Georgia, Mississippi, Oklahoma, North Carolina, South Carolina, Tennessee, and Texas plus Puerto Rico have been invaded. Isolated colonies have been found as far west as California, and as far north as Kansas City, Missouri.

Fire ants were officially detected in Los Angeles and Orange Counties in November of 1998. It is believed that they have been present since at least 1996. 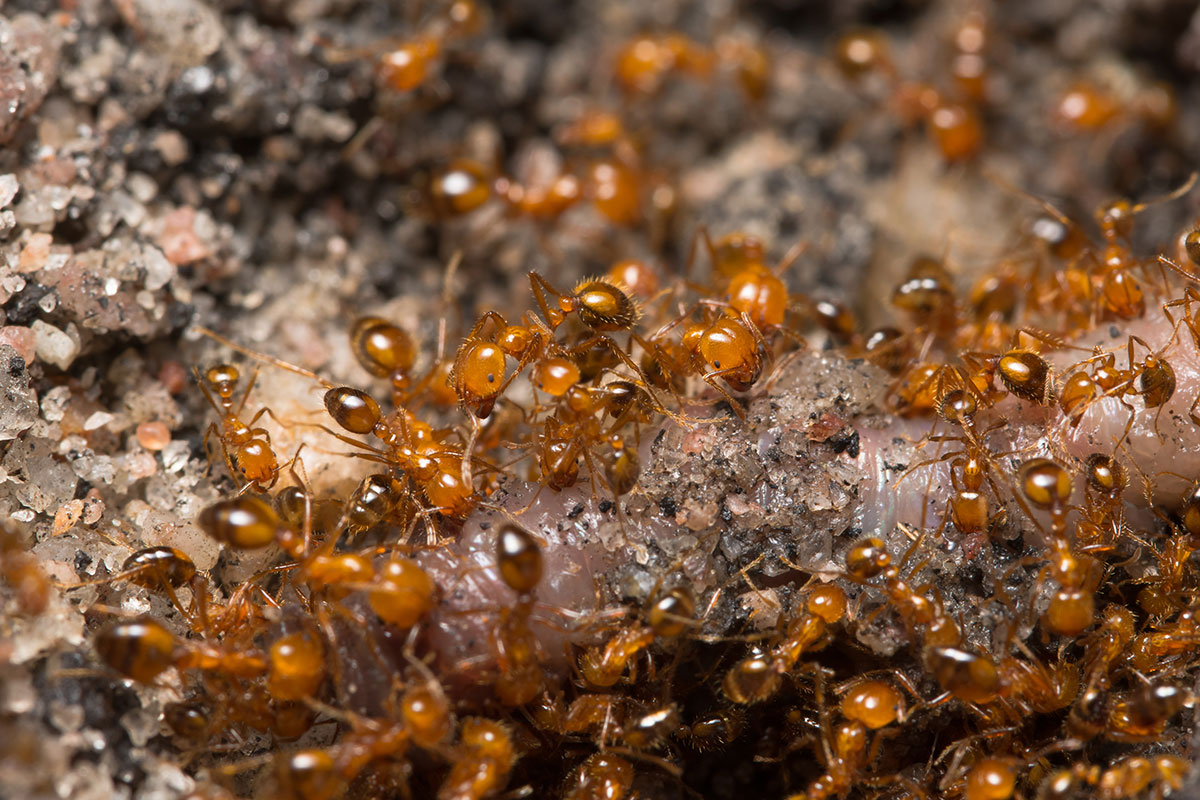 Fire ants are expected to colonize irrigated agricultural areas and lawns throughout California. 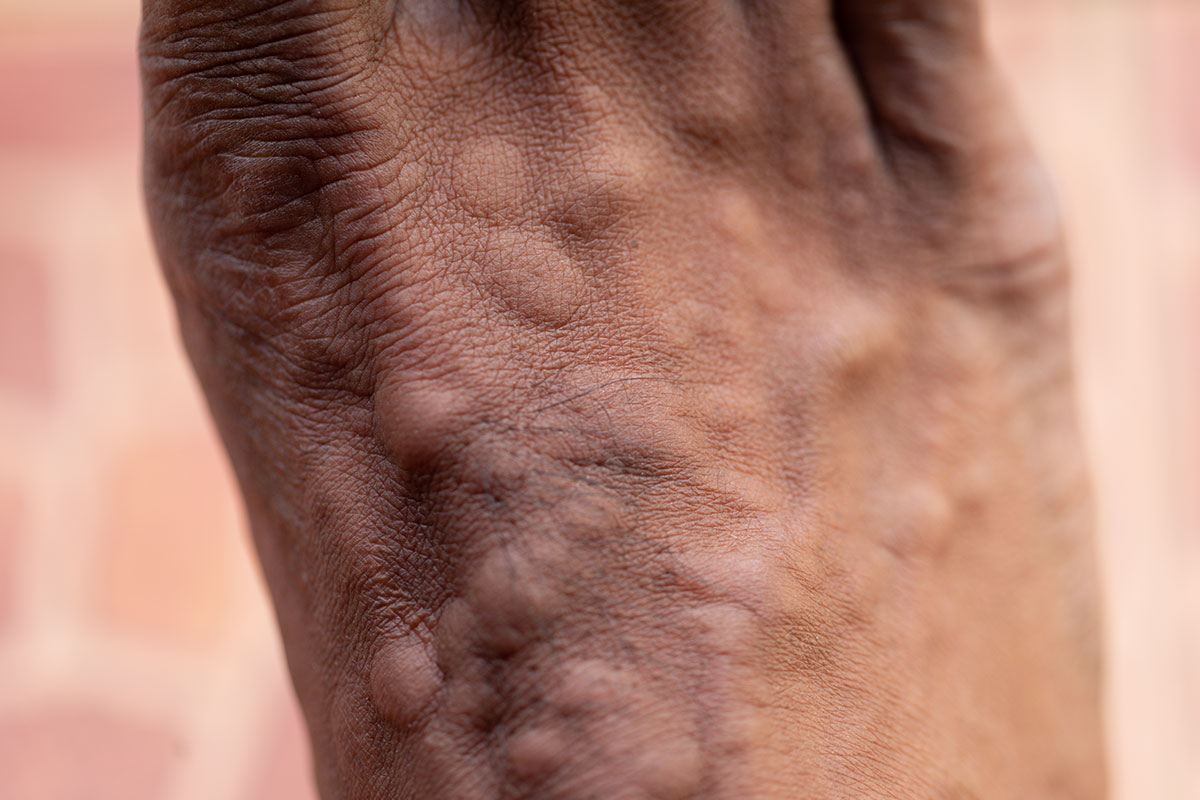 Fire ants are aggressive and will defensively attack anything that disturbs them. Some 14 million people are stung annually in the U.S.

Fire ants can sting repeatedly. After firmly grasping the skin with its jaws, the fire ant arches its back as it inserts its stinger into the skin, injecting venom. It then typically inflicts an average of seven to eight stings in a circular pattern.

Symptoms of a sting include burning and itching, which usually subsides within 60 minutes, followed by the formation of a small blister at the site of each sting within a few hours. A white pustule forms at the sting sites in a day or two. Infection can occur if the pustule is scratched or broken. Although the stings are not usually life-threatening, they are easily infected and may leave permanent scars.

On rare occasions, anaphylaxis (a generalized, systemic allergic reaction to the stings) can occur, and may be life-threatening. It usually occurs in persons sensitized by a previous sting. Signs of anaphylaxis may include flushing, general hives, swelling of the face, eyes, or throat, chest pains, nausea, severe sweating, loss of breath or slurred speech. Seek immediate medical assistance!